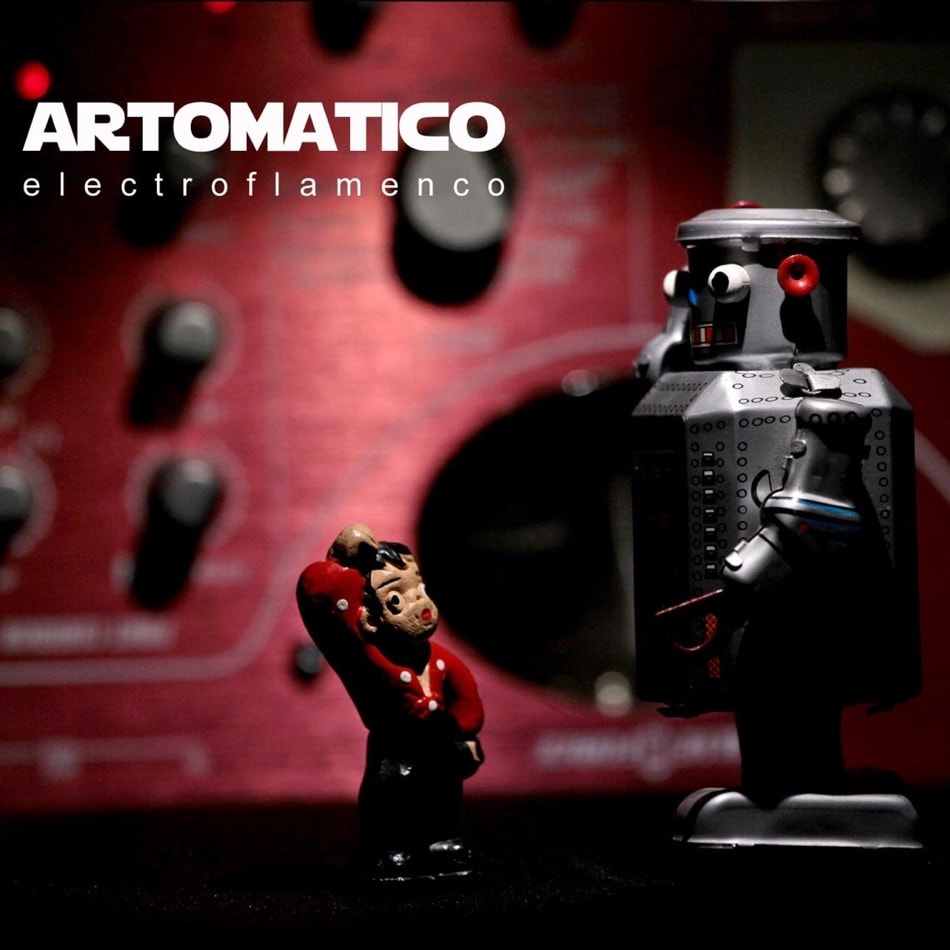 Artomatico experimental electronics explore deep into and around flamenco with the album ELECTROFLAMENCO, a free journey from tradition to avant-garde, far from laws but not far from the roots” 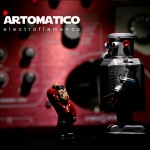 ELECTROFLAMENCO is the debut album of Artomatico, an experimental electronic musician who has opened doors until now closed to flamenco.

During the last decade Artomatico has developed his own way of addressing electronic music and has proved that the essence and depth of music does not depend on the following of canonical structures, sound and rhythms explorations were taken with samples, emulators, loopers, sequencers, drums, processors and controllers, and he created something new: jondo electronic.

Track eleven is a bonus track that includes an unprecedented ARTOMATICO improvisation with saxophonist Jorge Pardo and percussionist Nacho Arimany recorded live at the Center for Contemporary Culture L’ Escorxador of Elche. The ‘Artomatico + Flamenco’ concert was part of the series ‘Avantguarda the Flamenc 2009’.

This was one of the many contemporary music programs where Artomatico’s project was shown in its live version accompanied by flamenco dancers. Artomatico’s first live concert was at the closing night of Ciutat Vella Flamenco Festival 2008 in Barcelona. Since them, he has performed live at contemporary scenic settings such as ‘Noche en Blanco de Madrid 2008’, ‘Redes Flamencas de Barcelona 2008’, ‘Festival Vaivenes de Alcalá de Guadaíra 2009’ (with an electronic version of guitarist José Manuel León’s album ‘Sirimusa’) and Holywell Music Room Oxford in 2010.

In 2011, he composed two original pieces for the dancer Angel Muñoz. The show ‘Angel: from white to black’, was premiered at Jerez Festival and presented at venues like Compaq Teatro Gran Vía in Madrid and the Sadler’s Wells in London.

“another positive matter about this performance is the work on electronic music. In this approach, flamenco has a precedent on the works by last century’s dancer Vicente Escudero who danced to the sound of steam machines and dynamos in Paris. The rhythmic abstraction of the electronics, with its dense looping of sounds, mix naturally with the steps of the dancer, as if one part could find its pace in the other. If we respect the idea of  flamenco dancing as a modern art, and a part of our time in constant evolution, we should really consider Artomatico and Muñoz work in this context, with great results”. El País, Roger Salas, 2011

A year later, he composed the music and designed the sound installation for the contemporary dance project ‘Ojo’ by Antonio Ruz, premiered at Festival de Otoño en Primavera 2012 in Madrid and also shown in Sophiensaele Berlin, which was awarded  with the ‘Critical Eye Award’ by National Radio of Spain. A short choreographic installation from this work ”Cobijadas’, was presented at the 2013 Berlin Festival and Contenedores de Arte in Logroño Festival Actual 2014.

Artomatico also showed his musical concept for theater plays. In 2012, he created with actresses Esperanza Pedreño and Amalia Hornero the play ‘Skeleton Woman’, released in June in the theater Fabrik Kubik. Regarding videoart, he was commissioned by dancer and choreographer Melania Olcina, to compose the soundtrack for the video-dance project ‘Women on background’ screened at venues such as the Guggenheim Museum of Bilbao

ARTOMATICO is the electronic music project of Daniel Muñoz (Madrid, 1970), musician, producer, cultural manager and sound engineer, graduated in Audiovisual Communication from the Complutense University of Madrid and Master in Sound and Acoustics at the Polytechnic University of Madrid. After passing through various rock groups, he founded the Spanish-British band, Monotone, as drummer and producer, which released the album ‘Gravity’. He has also participated as a drummer in the discograaphy of the english singer Emma McGlynn, recorded and edited in the Metropolis Studios in London. Previously, he worked the sound for many spanish artists, and composed music for short films (‘De potra’ David Muñoz and Antonio Trashorras, ‘El último día’ by David Muñoz, ‘Rigor Mortis’ Alejandro Marcos) and also for  television (‘Quien es el asesino?’ promotional spot for movie channel Calle 13). In parallel, he has developed pioneering projects with online publications as Flamenco-world.com, a cultural project, winner of the Andalusia Prize for Journalism 2010. In addition, he has specialized in cultural management, carrying out production and international distribution of dance and music  acts which have been shown in venues such as the Sadler’s Wells in London, the Teatro Central in Seville, Jerez the Villamarta Theatre or Teatro Fernan Gomez de Madrid. Stage photography has been a permanent par of his activity, from a very personal point of view for the performing art, photos of his authorship have appeared in international publications such as’ Traveller by National Geographic ‘,’ Babelia’, El País’, ‘Télérama’, ‘Paseo Japan’ or ‘Chic’, plus a central monographic of the professional journal ‘E’ by Olympus. His images have benn on the covers of albums such as ‘El espejo en que me miro’ by David Lagos (FWM) and ‘A través de ti’ by Antonio Rey (Karonte), among others; and  books covers such as ‘Israel Galván. Danser le silence’ by Corinne Savy (Actes Sud), as well as posters of festivals. Among his exhibitions sholud be mentioned some as the one in the Centre for Contemporary Culture L’Escorxador of Elche (Spain), the Maison Carree in Nimes (France), the Bimhuis in Amsterdam (Netherlands) and The Barclay Theatre in Irvine (California, United States).